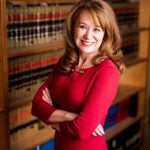 Melanie's practice focuses on family law, including divorce, child custody, domestic violence and adoption cases.  She has represented clients at the trial and appellate levels in each of these practice areas.

In 2011 she challenged DCS when they substantiated an eleven-year-old boy as the perpetrator of child sexual abuse, then refused to give him a hearing. She filed a federal civil rights lawsuit that led to the child getting a hearing and eventually being cleared.

When DCS refused to give another of Melanie's client's a hearing in 2014, she filed another civil rights lawsuit, and got that client a hearing. These lawsuits eventually led to DCS changing its rules and providing a hearing to everyone substantiated for child abuse.

When DCS wrongfully removed  two young girls from their father, Melanie filed civil rights lawsuit for them, which settled favorable to these young ladies and their dad.  The money paid by DCS in the settlement helped the father to repay the legal bills he incurred in regaining custody of his daughters, and compensated him for the business losses he had incurred during the legal battle.

A Fentress County native, Melanie is a graduate of Clarkrange High School, Tennessee Technological University, and Nashville School of Law.  She began her law career in 2007 when she joined Romer & Lane.  For the past fourteen years she has developed her skills as a litigator, representing hundreds of clients in the Upper-Cumberland area.

Thank you for contacting us. We will get back to you shortly.

Please complete all required fields below.

Romer and Lane is committed to answering your questions about Family law, Real Estate, and Estate Planning issues in Tennessee.

We offer free consultations and we'll gladly discuss your case with you at your convenience. Contact us today to schedule an appointment.